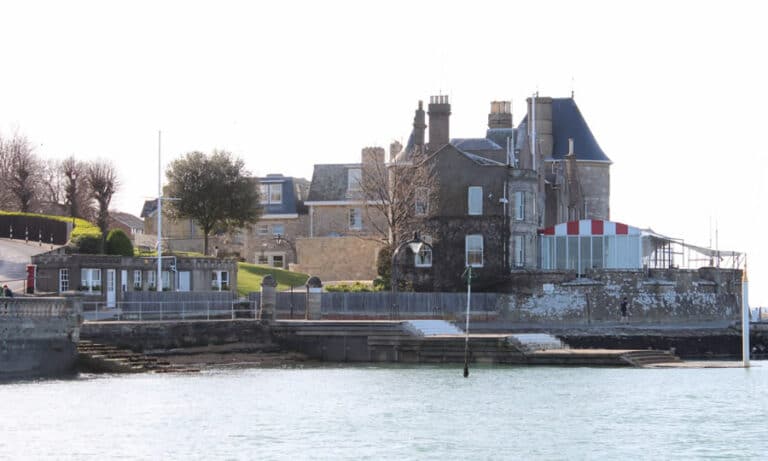 Sitting on the entrance to the river Medina, Cowes has a long sailing and boating history. Indeed it can almost lay claim to being the birthplace of yacht racing. These days a visit to Cowes during your Solent boat charter is pretty much essential.

If you speak to any yacht crew throughout the world the chances are they have visited Cowes at least once and will have fond memories. It holds a prime location in the Solent sitting pretty much central and is passed by all the shipping as it enters or leaves Southampton. This of course includes the many cruise ships which visit the London cruise terminal Southampton.

Split in two by the river Medina West Cowes is where the action is to be found. During Cowes week the area around the town quay and Cowes Yacht haven is transformed into party central with bars, live bands, stalls and of course the huge beer marquee where tales of racing prowess and near misses carry on into the small hours. Around 1,000 boats and 10,000 crew take part in Cowes week annually. The round the Island race is another fixture which participants of all shape and size eagerly await.

For the rest of the year the town plays host to a myriad of old English pubs and great restaurants, many of which are legendary in boating circles. We can help you as much or as little as you wish in selecting where to eat, drink or generally relax. There is a range of predominantly boating based shops selling clothes, household items and specialist foodstuffs.

Cowes is also home to powerboat racing with the Cowes Torquay Cowes powerboat race held each year in August. This 165 nautical mile epic departs from the Solent and runs along Dorset’s Jurassic coastline passing Portland Bill, crossing Lyme Bay before turning round and heading back for home. The sea is not always glassy over the course once the protection of the Solent has been forfeited so it really is a race which sorts the men from the boys and the ladies from the girls. In the history of the race boats such as the mighty Cinzano have attained legendary status but there are a number of worthy challenges mounted by teams such as Powerboat Asia.

East Cowes is home to Osborne House created by Queen Victoria and a place she referred to as being impossible to imagine a prettier spot. It was here that she finally passed away in 1901. Today visitors can explore not only a magnificent royal summer palace from the mid to late 18th century but also the stunning gardens. Prince Albert was a keen horticulturalist.

Further upstream from Cowes is the Folly Inn. Anyone who has been boating on the Solent has, at some time, visited the Folly Inn for lunch or an evening meal. At weekends it has been known to get a little lively there and the tables aren’t always used solely for eating!

So whether you want to wander the narrow streets, walk along the Solent promenade, enjoy fine food, experience a traditional English pub or just have a little retail therapy, Cowes is an excellent stop off during your private charter with us.